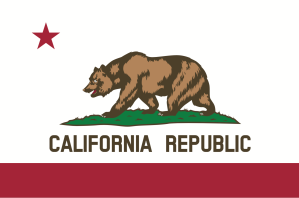 Despite strong economic numbers, many Californians face stagnant or even declining living standards. California accounts for 14.1 percent of the nation’s gross domestic product. As the largest state economy, and sixth largest in the world, our data from the US State Index shows that California has significantly underperformed across many components and indicators of social progress. Traditionally a progressive leader, it only ranks 33rd on the US state index. Popularly considered as the pinnacle of technology and innovation, the state is ranked 49th on Basic Human Needs, only ahead of Louisiana. California performs significantly worse than both its economic peers and states with fewer resources. Many Californians do not have access to basic necessities such as: safe water, shelter and affordable housing. In comparison to other wealthy states, California performs significantly worse on components of Shelter, Personal Rights, Personal Safety, Water and Sanitation and Access to Basic Knowledge.

The state of California is unable to meet the most basic needs of its 40 million inhabitants. In the lowest performing component, Shelter, received only 14.06 points, the worst score for a US state. Additionally, rates of homelessness and unsheltered homeless are the highest in the nation. The lack of affordable housing is shocking, and negatively impacts aspects of quality of life. Housing can also influence health and performance in school, while being unable to afford a home or shelter contributes to the wider issue of homelessness.

In specific components of Basic Human Needs, California performs poorly on Personal Safety, scoring only 49.78 points and ranking 31st in the nation. The violent crime rate is high, especially for such a wealthy state. Access to Basic Knowledge in the Foundations of Wellbeing dimension ranks low. Each one of these indicators score poorly. Math and reading proficiency (measured by percent proficient) scored 27.12 and 28.41 points, respectively. These are shocking scores for a state that ranks 9th in median household income and scores well in Access to Advanced Education. Another component that received a very low score in the Opportunity dimension is Personal Rights, scoring only 37.60 points and ranking number 46 in the US. Other indicators in this component rank low such as: voter turnout, election process and corruption. Lastly, water and sanitation also rank poorly at number 39, and scoring 51.04 points.

There are a few components that California does perform better in. One of these is Inclusiveness, where California performs well. The indicators of this component measure gender pay gap in dollars, acceptance of legal immigration, support of same sex marriages and access to disability services. California ranks first nationally in embracing legal immigration and second in closing the gender pay gap. Access to Information and Communication scores relatively well compared to other states at 57.45 points. The indicators that perform excellent are urban broadband access and income parity in broadband. These numbers show that California has the ability to produce higher levels of social progress, but is failing to do so in a variety of areas.

Too many Californians still live with limited educational opportunities, poor health and housing, and no access to safe water. The results underline the need for a more detailed assessment of quality of life in California. In order to help California policymakers and individuals initiate positive change, for the first time ever, we have created a rigorous California state index. We are very excited to announce that the rigorous California State index will be released on March 22nd. This will give the most up to date details on how the state is truly performing, and what drastically needs to improve. In only two weeks, this comprehensive Index will give leaders remarkable insight into improving quality of life in California. Stay tuned on all of our social media channels for the latest news!